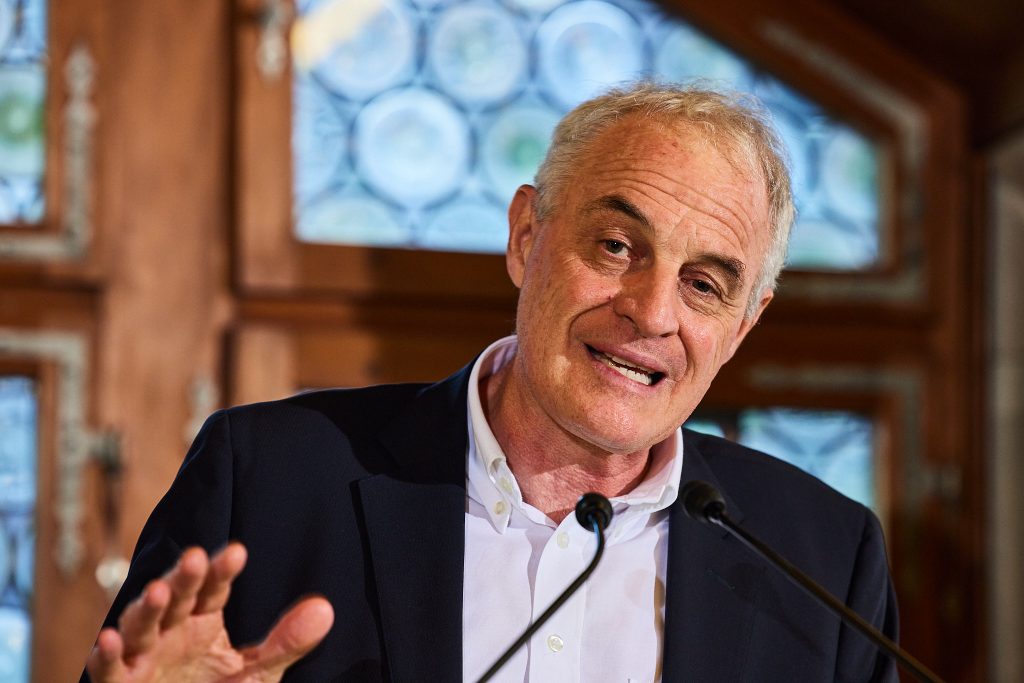 Professor Didier Pittet is a medical doctor and internationally respected infectiologist and epidemiologist. The Swiss-born specialist’s areas include hand hygiene and risk prevention in the fight against infectious diseases. As Director of the Infection Prevention and Control Programme at the Geneva University Hospitals and the Faculty of Medicine, and External Programme Lead for the World Health Organisation’s Clean Care is Safer Care programme, he has developed internationally recognised measures to improve hospital hygiene.

Born in Geneva in 1957, Pittet graduated with a doctorate in medicine from the University of Geneva in 1983. His focus early on as a medical doctor was on preventing and treating infectious diseases linked to intensive care. In 1992, he received his Master’s degree in epidemiology and public health from the University of Iowa, USA. The same year, he was appointed Director of the Infection Control Programme at the Geneva University Hospitals. He was appointed Professor of Medicine by the Faculty of Medicine of the University of Geneva in 2000. He led the development of the internationally respected Geneva Hand Hygiene Model. This halved staphylococci infections in hospitals, a problem that is becoming increasingly difficult to combat due to emerging antibiotic resistance. In 2005, Pittet was appointed by the World Health Organisation to lead the Clean Care is Safer Care programme. Its mandate was to strengthen the global commitment to fighting healthcare-linked infections. One of the key pillars of this programme was to raise awareness about improved hand hygiene. Pittet is the inventor of the hydroalcoholic gel formula that is now used worldwide.

Professor Didier Pittet can look back on many years of successful research, teaching and outreach activities. He has authored and co-authored more than 500 publications. These include several publications in “The Lancet”, the world’s oldest and most respected medical journal. He has also received numerous honours and awards for his achievements. In 2007, he was made an Honorary Commander of the Order of the British Empire for his services in the cause of infection prevention. In recognition of an exceptional career, he was awarded the Robert Koch Prize and the Louis Pasteur Medal, among others. In 2020, he was appointed by Emmanuel Macron to chair an Executive Assessment Mission to address the coronavirus crisis. With his research, teaching and outreach activities, Prof. Pittet is one of the most respected scientists in the field of epidemiology in Switzerland.