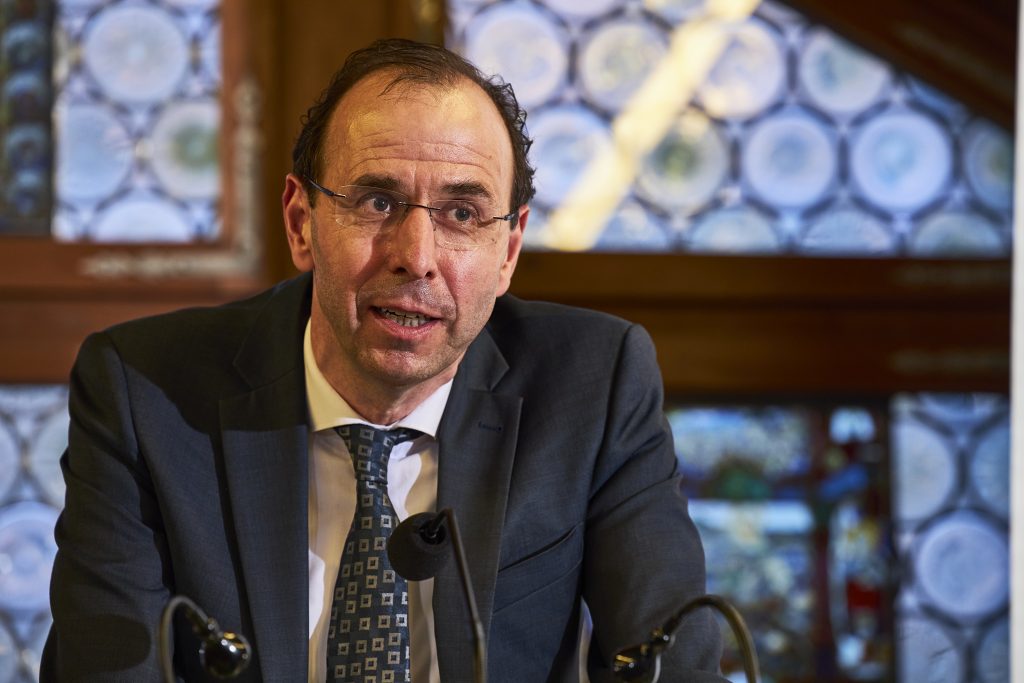 Professor Tobias Straumann is one of the most renowned economic historians in Switzerland. Born in Wettingen in 1966, Tobias Straumann studied history and sociology in Zurich, Paris and Bielefeld. In 1995, he completed his PhD under Professor Rudolf Braun at the University of Zurich with a dissertation on the emergence of laboratory research in the Basel chemical industry. After that, he initially worked as a journalist in Switzerland and abroad, before dedicating himself to academic work again.

His primary research interests are European monetary and financial history and Swiss economic history. From 2005 to 2006, he was a senior teaching and research assistant at the Institut de l’histoire économique et sociale at the University of Lausanne. In 2007, he became a privatdozent at the University of Zurich. His post-doctoral thesis published in 2010 focuses on the exchange rate regime of small European states in the 20th century. From 2009 to 2018, Straumann worked as an external instructor at the University of Basel’s Faculty of Business and Economics. Since the spring of 2014, he has held the position of adjunct professor in the Department of Philosophy at the University of Zurich, in addition to teaching Swiss economic policy at the Faculty of Business, Economics and Informatics.

Tobias Straumann has earned a reputation as a leading expert in Swiss financial and economic history. He has been involved in a wide range of international research projects and has sat on various expert committees, including the Academic Advisory Council to the European Association for Banking and Financial History. His list of publications is long, and his articles are compulsory reading for future historians. His latest book, “1931 – Debt, Crisis, and the Rise of Hitler” (Oxford University Press), was placed on the list of the best books of 2019 by the Financial Times.

What is more, his academic dedication and his ability to convey his field of research and his findings to broader audiences understandably in guest articles and lectures are truly impressive. With his research and his academic articles, Professor Tobias Straumann lays an important foundation for a broader understanding of financial and economic mechanisms in a historical perspective and their effects on Swiss and European history. His work as a researcher, teacher and mediator has made Professor Straumann one of Switzerland’s most renowned economic historians.