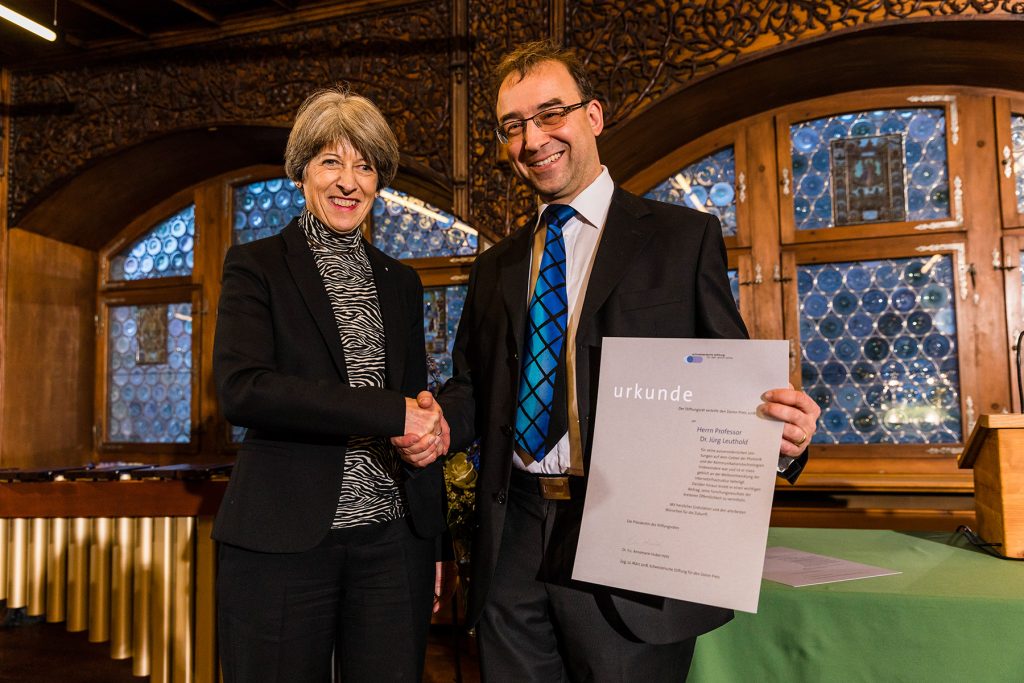 Professor Jürg Leuthold: an outstanding researcher and facilitator of the communication technologies of the future

Professor Jürg Leuthold researches and teaches at ETH Zurich in the field of photonics and communication technologies. He has played and continues to play a key part in the further development of the Internet infrastructure. His research made a decisive contribution to the development of new transmission concepts which have significantly accelerated data transmission over the Internet.

Between 1986 and 1991, Jürg Leuthold studied physics at ETH Zurich. In 1998, he completed his doctoral thesis at the Institute of Quantum Electronics. After holding various positions in the US and Germany, he returned to Switzerland in 2013 following his appointment as Head of the Institute of Electromagnetic Fields at ETH Zurich.

Jürg Leuthold is a member of numerous scientific, institutional and charitable organisations. He is on the Board of Directors of the Optical Society of America (OSA) – a scientific organisation which campaigns for the promotion of optical technologies all around the world. He also represents Switzerland’s interests on the European Management Committee of ECOC, the largest European conference in the field of optical communication.