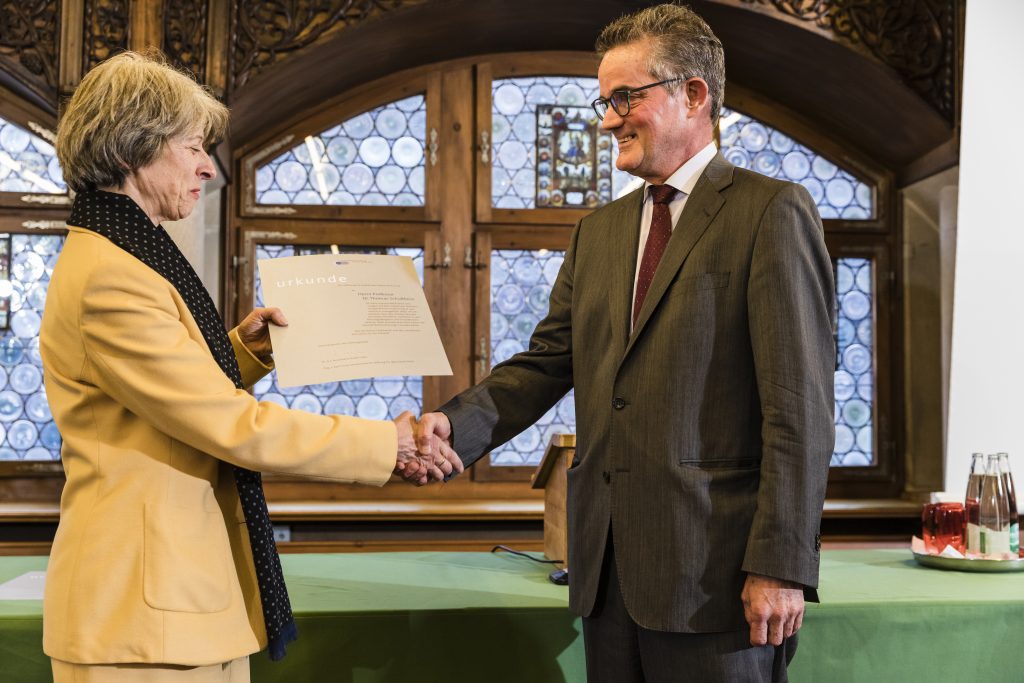 Professor Thomas Schulthess is one of the most renowned Swiss and American scientists in the field of scientific high-performance computing.

In 2008, he was appointed Director of the Swiss National Supercomputing Centre (CSCS) and Full Professor of Computational Physics at ETH Zurich. On behalf of those engaged in computational research in Switzerland, the CSCS operates a highly efficient technology platform for studying scientific questions by means of simulations, data analysis and data archiving. The CSCS was established in 1991 as a national computing centre for ETH Zurich based in Ticino.

Born in Kathmandu, Nepal, Thomas Schulthess studied physics at ETH Zurich and earned his doctorate in 1994 with a thesis on surface physics in which he combined experiment and supercomputing simulations. He subsequently continued his research at the Lawrence Livermore National Laboratory in California and the Oak Ridge National Laboratory in Tennessee. During this time, he published around 70 research papers in the most prestigious journals of his field. His research interests are focused on magneto electronics, nanoscience and transition metal oxide materials, as well as the application of supercomputing in these areas. Together with his team in Oak Ridge, he won the Gordon Bell Prize in 2008 and 2009, which recognises outstanding achievements in the field of high-performance computing.

Under Thomas Schulthess as the new director, interdisciplinary exchange has been encouraged between the various scientific disciplines and a close cooperation nurtured with mathematicians, computer scientists and hardware manufacturers.

With his scientific and technical contributions, Professor Thomas Schulthess creates an important basis for the success of the research groups that use the CSCS infrastructure and engage in computational research. The CSCS has offered the highest computing power in Europe for around five years and is now one of the leading centres of its kind in the world.